The Journey: Science to Financial Planning 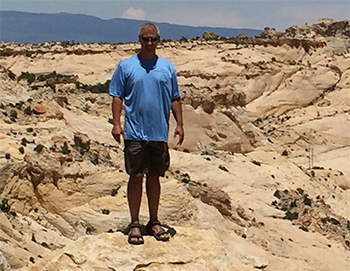 So, you’re curious how someone goes from the world of scientific research to the world of financial planning? A lot of people wonder that when they hear what I did. The most common comment is: “That’s quite a change.”

You have to understand though that although I spent 15 years in labs, I never set out to be a researcher. Oh, I love science, especially biology. I fell in love with biology senior year of high school with a teacher who made it fun- in a demanding, sarcastic way. But I enjoyed it. So off to college (with a demanding, sarcastic advisor. A theme here?). But everyone at home kept asking “what are you doing to be”? I had no idea, but doctor sounded good. So for 3 years I stuck with that. Did the required classes, took the MCATs, and all the other stuff. Still loved my major- biology, but this career thing I wasn’t so sure about. Senior year I finally ditched that idea, told the folks, and started scrambling for something else.

A good friend from the year before me had a research position at the University of Rochester, so I put in an application. After a short stint at an agricultural research station I was offered a position in the same lab as my friend. The principal investigator figured one from our college worked out- why not another. So began a 5 year joy-ride in Rochester, NY with a ton of people my age. College but with a paycheck. But I still didn’t know what I wanted to be when I grew up.

But- and this was the starting point- U of R offered courses free to employees so it was off to class. I took some finance, economics and even an accounting class in the MBA® program (God-bless accountants- not for me). I started reading finance and personal finance books and magazines. I liked it- AND- people started asking me questions that I actually knew the answers to. However, I was a bit dense. I didn’t realize for quite a while that people got paid to do this. I eventually got it though and started researching financial planning as a career. Being pre-internet, the going was slow.

Fast-forward about 5 years. I’ve moved to NC, married, divorced, still doing research and reading financial stuff. It was time to do something. For a year, any time I saw someone mentioned in the paper or elsewhere who had “CFP®” after his or her name, they got a letter (email was still rare) and a follow-up call asking to meet with them. I met some great people who are still friends today. I met a few slime-balls too. But I found people doing things that I thought were cool. An unofficial mentor (he never signed on but got drafted instead) eventually suggested I do the CFP® program. Two years of classes and an ugly certification exam I had everything I needed to use the CFP® marks except the required work experience. Now, I wanted to open my own firm then but my “mentor” suggested otherwise. I’d learn more about the real world of planning, investments and sales in a larger firm- even if I had to work on commission (he had a fee-only planning firm even then). At this point I remarried and decided to wait a year to make a change. A year later I started my search which, even with a lot of help from others, yielded nothing for a year. Then I got an offer, followed almost immediately by another. The first was an in-house planning position doing planning work for others. My inner nerd loved this. The other was part planning for someone but also personal sales for an insurance company. Definitely out of my comfort zone. In fact I had accepted the first position when the second was offered. Then my mentor’s voice haunted me and I took the second. His reasoning? I’d see and learn more about people and the “production” side of things. He turned out to be right, and for two years I stayed there. I still draw on things I learned and saw there. But the job started to change, I had my work experience and CFP® designation, so that’s when Todd Washburn Solutions was born in 2001 (about 16 years in the making). I was now a financial planner- or so I thought. Turns out there was still a lot to learn. But I got better. I think I’m OK saying I’m really a financial planner now.

So that’s how you go from 15 years of research on estrogen receptor/steroid hormones to advising folks on retirement, investments and all their other money-related things. Yeah, a bit of a change.