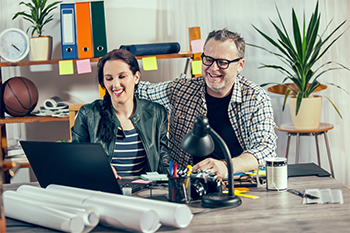 At first glance, Rick and Stacy’s concerns appear to be ones that would be fairly simple to address.  As for the business, just decide what it’s worth and plug it into a retirement analysis to see if there’s enough money.  As for the boredom question, there’s golf, the beach and maybe he’ll volunteer- and they want to travel. The thing is, it’s not as cut and dry as it appears.  There’s a interesting mix of financial and non-financial issues that need to be accounted for in order to address their concerns.

As I spoke with them, we explored some important questions regarding his business.  How much is it worth- or more importantly, what would someone pay for it?  How did he come up with that number?  What type of growth is possible?  Are potential buyers identified?  Are they current employees, competitors, or someone just entering the profession?  Can they afford it, or is financing available (from the bank or through Rick)?  Would he be expected to stay on and assist in the transition?  As you can see, there’s a lot to consider; and unfortunately, Rick didn’t have answers for many of these questions.

When I asked Stacy why she worried about Rick being bored, she noted the hours he works now, and has since opening the firm.  He can’t sit still and doesn’t like taking time off.  She doesn’t know how he’ll adjust to all that time on his hands.  Rick says “It’s easy.  Golf!”  He never gets to play as much as he wants.

As I worked with them, we took a two-prong approach.  First, in consultation with his accountant and other business consultants, we determined a likely current sale value for the business.  Turns out it wasn’t as much as Rick expected, and that impacted their retirement projections.  We also developed a plan to address deficiencies in the business which were negatively impacting its value.  A major one was a concern as to how the business would function without Rick.  His hands were in everything, and everything flowed through him.  He was indispensable - which wouldn’t be good for the next owner.  Given that, over the next few years I helped Rick begin to implement the consultants’ recommendations, and to begin to systematize the business and remove him as the bottleneck.  The second prong was to address Stacy’s concern.  As part of making Rick less essential to the business, we gradually introduced him to the concept of taking time off and developing interests other than his business.  While this may not initially seem to be a “financial planning” matter, it is in fact quite important to their future financial success.  The goal was to help Rick, over the 5-7 year period he still planned to work, develop and “test-drive” the life he would live in retirement.  We know that golf alone is not enough.  We know that not just any type of volunteering will satisfy a former business owner.  We know that boredom in retirement can lead to unhappiness, regret, and sometimes unwise efforts to get back into the business life- either by trying to buy-back the old one or start something new.  Either one takes money and can impact the retirement security of the couple.  The end-goal is to get Rick to a position of feeling he isn’t leaving his business, but rather moving on to a new opportunity he’s planned for and is excited about.

It wasn’t quite as simple as it initially seemed, but it often isn’t.