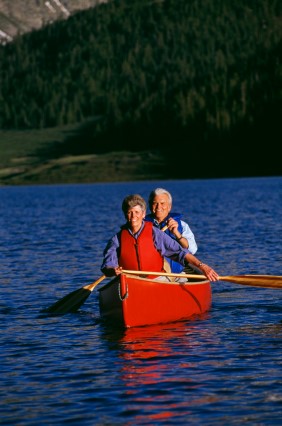 When we first met, Tony and Carla were a couple enjoying retirement.  They had worked hard and put money aside. They had made a lot of changes since selling their business, the biggest of which was relocating South to leave the snow behind. The change went well and they got to see their daughter and some of their grandchildren on a regular basis.  But they had some questions and concerns.  They didn’t have a good feel for how they were doing financially in retirement.  And their biggest fear was the one most retirees face- is the money going to last.  They had things they wanted to do- travel, the family cruise, giving to church and charities- but they didn’t know if the could afford to do it.

We started by discussing the plans they had and quantifying their goals.  I helped them prioritize their goals- living expenses, healthcare funds, travel for them/their family, giving to church, etc.  Then we looked at their finances- their insurance, debt (none), investment portfolio, daily living expenses and travel costs- to see where they stood.  I then ran projections for them, assuming Carla inherited the family genes for a long life, to see if their spending pattern was sustainable.

Among the things we determined were:

I then helped them to work on making changes.  Their portfolio was reallocated to a more conservative one.   Carla put in place long-term care insurance to provide for her care in old-age.  I suggested, and helped them plan, a family gathering to the NC coast where they rented a place for all of them.  The cost was more reasonable. The family was together. The grandchildren loved the ocean.  And then, along with their attorney, we helped them develop an estate plan that accommodated their competing interests- their needs, something for the family, and something for their church and charities.  We review these plans periodically to account for changes in plans or circumstances, which gives them comfort that they are taking care of their finances wisely.