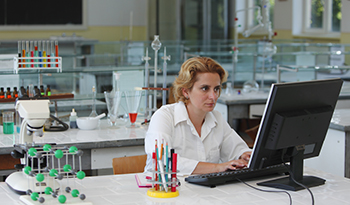 Grad school. Post-doc. Looking for that first position- in industry, academia or government. Advancing in your career- running a lab, publishing, and tenure. These are the challenges scientists and researchers know well. A later start, lower pay, and possible job-insecurity can make your financial situation complicated.

One of the big buzz-words in education today is STEM- Science, Technology, Engineering and Math. The U.S. has a shortage of college graduates in these areas of study. With technology becoming more and more a part of our lives, the need for folks with science and technical knowledge is growing. Attaining that knowledge and the experience to use it can be a significant commitment of time and effort. For a future researcher in the area of basic science research or biotechnology, the pathway to a career in this area can take 10 or more years: four years undergrad., 4-6 years grad. school, a couple of years in a post-doc position- and then the job hunt. This might mean finally starting your career at age 28 or 29. Then starts the climb to running a lab, and if you’re in the academic area, the drive for tenure (which is harder than ever to get). All this creates challenges for you- the scientist/researcher- that people in other fields might not experience.

Not getting started on your career until your late 20’s might not seem like that big a deal or handicap, but in many cases it can have a significant impact on your future finances. Someone starting work right after college may be pretty well established in his or her field by that age with a promotion or two under their belt. They have experience and a network of contacts. They’ve had a few years to save for retirement- and to pay off some school debt. But you- the researcher- are just starting out. Maybe you’ve started a family while in grad. school. In all, you might be as much as 10 years behind your college roommate who was a business major.

Job security is another challenge. Sure, no one has real job-security anymore. But in the academic community this has always been a challenge for scientists/researchers. Tenure- once the holy grail- is slowly being undermined by adjunct faculty positions. Even if tenure is an option, you have to commit a number of years to the institution before you know if you’ll even be staying there. No tenure- on to a new place. In the industrial world the pay is better but projects can change on a dime and your position can evaporate overnight. Unfortunately, in most places, finding a comparable position may mean moving elsewhere. All of this makes long-term planning difficult- at least until you are well-established.

Pay is the final challenge. Industrial positions will pay pretty well from the beginning, but entry-level faculty positions are not known as a way to get wealthy. Sure, well-established, successful (tenure, highly published in good journals) faculty/researchers can do quite well in the academic realm. But not everyone reaches that point. While your business major roommate might reach $100,000 or more a year by the time you start you career, in the academic or government research areas that isn’t going to happen for a while. So, you have less to save.

All of the above paints a somewhat bleak picture- but we don’t see it that way. Our scientist/research clients tend to be intellectually curious individuals with a passion for what they do. They tend to be very rational in their decision-making, meaning they see the situation for what it is and make it work. They tend to be great savers who avoid many of the common financial errors of others (too much debt, living beyond their means, overly-aggressive investing, etc.). As such, even with the later start and lower initial pay, with time and focus we see a lot of successes. The Life Planning approach taken at TWS looks at both the big-picture and the long-term. It’s focused on making the most of what you have, avoiding major mistakes, and helping support what you’re passionate about- be it your research, your family, your hobbies or community. Also- we like to hear about your research, and promise- we won’t space out when you’re telling us about it. We get it- we’ve been there. In fact- ask Todd about his proudest publishing coup.